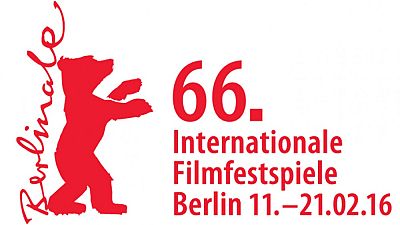 A love story set against the aftermath of Tunisia’s watershed revolution will kick off the competition at the Berlin film festival Friday as the first Arab contender in two decades.

Hailing from the North African country that triggered the Arab Spring, “Hedi” is the debut feature-length film of Tunisian filmmaker Mohamed Ben Attia.

It is the first film in Arabic and set in the Arab world since 1996 to vie for prizes at Europe’s first major cinema showcase of the year.

It's not that I'm not ambitious, but I never imagined going to Berlin! All of us are surprised.

“It’s not that I’m not ambitious, but I never imagined going to Berlin! All of us are surprised,” said Ben Attia.

It is a rare achievement for any first-time filmmaker to be invited to the Berlinale competition.

The only other debut feature in the race this year, British theatre director Michael Grandage’s “Genius”, has an all-star cast including Colin Firth, Jude Law and Nicole Kidman.

“Hedi” will have its world premiere as one of 18 films from around the world vying for the festival’s Golden Bear top prize, with three-time Oscar winner Meryl Streep heading up the jury.

Its tale of “emotional upheaval” echoes Tunisia’s recent history, said Ben Attia, who turns 40 this year. But rather than impart a political “message”, his movie describes a kind of personal revolution.

The film’s main character Hedi, whose name means “serene” in Arabic, “isn’t unemployed, his family doesn’t have any money problems… but he feels out of place in society,” Ben Attia said.

When he meets a tour guide called Rim and love strikes, Hedi (played by Majd Mastoura) begins to ask serious questions about the man he wants to be and his role in society.

Ben Attia said he himself used to be a “conformist”, selling cars for a living before launching into filmmaking.

The wake-up call came on January 14, 2011 standing in the crowd outside the interior ministry demanding the removal of longtime dictator Zine el Abidine Ben Ali.

It was the end of an era “under censorship that we thought was only political, but in fact was (also) sedating everybody”, he said.

Protests swept Tunisia in late 2010 after the death of a street vendor who set himself on fire in protest at unemployment and police harassment, leading Ben Ali to flee the country.

In his own “emotional upheaval” alongside the tumult wrought by the revolution, Hedi “discovers himself through a love story” and “detaches himself from conventions”.

He realises “he has another choice, but then, after the euphoria, he discovers it’s not all that easy,” Ben Attia said.

Tunisia is hailed as a rare success story of the Arab Spring, although authorities have failed to improve the economy or do much to ease social exclusion.

Authorities last month imposed a nationwide curfew to curb some of the worst social unrest since the revolution.