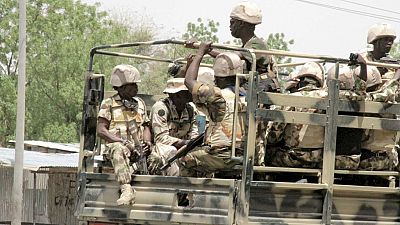 Nigeria’s secret service on Tuesday announced the arrest of an alleged recruiter for the Islamic State group in Iraq and Syria.

The Department of Secret Service (DSS) also revealed they had captured seven suspected members of Ansaru, a breakaway faction of the Nigerian extremist group Boko Haram.

Officials say the alleged recruiter, Abdussalam Enesi Yunusa, whose nationality was not disclosed, had been detained in Nigeria’s biggest Muslim city Kano, since January 17.

Yunusa was arrested after the secret services discovered his “terrorist history and his intention to indoctrinate and recruit gullible youth in the country”.

Two Nigerians according to the secret service are already training in Libya.

There have been speculations about connection between fighters of the Islamic State in Libya and Boko Haram as well as other jihadists groups affiliated to al Qaeda in Mali and North Africa.

Some analysts are however skeptical about the alleged link between the jihadist recruiter arrested in Nigeria and the Islamic state.

The arrest of Abdussalam Enesi Yunusa comes a year after the leader of Boko Haram, Abubakar Shekau, pledged allegiance to the head of the IS, Abu Bakr al-Baghdadi.

If established that Abdussalam Yunusa had links with the IS, it would be the first major arrest of a prominent member of the jihadist group in Nigeria.