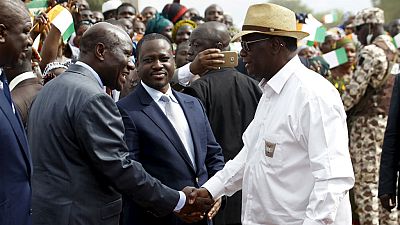 Ivory Coast’s President Alassane Ouattara on Wednesday reinstated Kablan Duncan as prime minister, returning him to a post he held in the president’s first term in office.

“The establishment of a new government will have better coherence as a goal so the government can be more efficient,” Ouattara said in a meeting attended by the media.

Ouattara was elected for a second five-year term in October with nearly 84 percent of the vote.

The Prime Minister presented his resignation before the start of what was to be the first cabinet meeting of the year.Observers have been expecting a government reshuffle for several weeks.