The Constitutional Court of Angola validated the results of the general elections, thus confirming the MPLA's victory.

In the ruling that responded to the appeal filed by UNITA, it said that the evidence presented "does not allow to put in question" the advantage of the Popular Movement for the Liberation of Angola, MPLA, declared by the National Electoral Commission.

President-elect, João Lourenço, will then take office on September 15th, as announced by the presidency.

The leader of the largest opposition party, Adalberto Costa Júnior, disputes the results, which leave him about 7 percent short of the votes allocated to Lourenço, which stand at over 51 percent, and give UNITA 90 MPs, double the seats they won in 2017. MPLA is credited with 124 parliamentary seats.

Five opposition parties, including UNITA, said in a statement on Thursday that they were considering organising "peaceful" demonstrations to contest the election result. They also said they reserved "the right to bring the dispute before other bodies".

Four of the 16 members of the CNE did not sign the final election results, expressing doubts about the electoral process.

Foreign observers had expressed "concerns" about the electoral lists in particular. 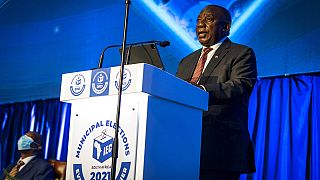 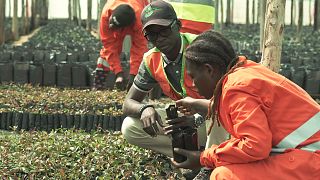