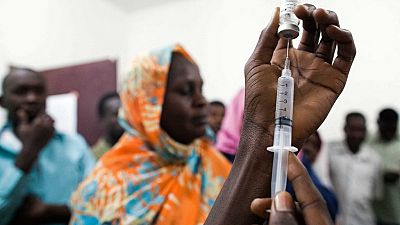 Kenya has declared an outbreak of Yellow Fever after three people died in Isiolo County with 15 others recovering in hospital.

revealed the first case was detected on January 12, 2022, and has since been listed in Isiolo's Merti and Garbatulla sub-counties, a statement by Director-General for Health, Dr Patrick Amoth dated March 3 reads.

“To date 15 patients presenting with fever, jaundice, muscle pain and joint pain have been line-listed, the youngest being 11 whereas the oldest is 65. While the majority are young adults, males are most affected,” reads the statement in part.

As a result, the health ministry is planning to conduct vaccination in all the high-risk counties. Although there is no known specific anti-viral for yellow fever, the disease is preventable through an effective vaccine which Dr Amoth said is "safe and affordable."

The statement concluded by sending an alert to all 47 counties in Kenya, more so the high-risk counties being Wajir, Garissa, Marsabit, Meru, Samburu, Baringo, Elgeyo Marakwet, West Pokot and Turkana.

What exactly is Yellow Fever?

Yellow fever is a viral infection spread by a particular type of mosquito. The infection is most common in areas of Africa and South America, affecting travellers and residents of those areas.

Up to 50% of people with the more severe form of yellow fever die of the disease. There's no specific treatment for yellow fever. But getting a yellow fever vaccine before travelling to an area in which the virus is known to exist can protect you from the disease.