The flyover is part of a 10 kilometers carriageway constructed in the area as part of Buhari’s promise to the area.

The flyover is expected to ease traffic congestion in Borno state, where frequent Jihadist attacks have been taking for several years.

Ahead of the visit, local media reported that jihadist fighters fired rockets that killed at least five people while injuring several near Maiduguri airport.

In the past, ISWAP and its rival Boko Haram launched deadly rocket attacks on Maiduguri during the jihadist insurgency that killed more than 40,000 people and displaced nearly two million. 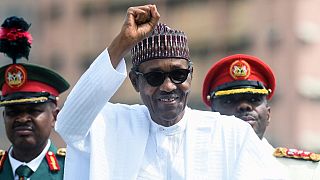