A Tunisian demonstrator died overnight after inhaling tear gas, as police dispersed protesters over the reopening of a landfill site.

The 35-year-old died in the town of Aguereb in the central region of Sfax, which has seen weeks of demonstrations over a growing waste crisis.

According to hospital officials, Abderrazek was transferred to Aguereb hospital suffering from asphyxia.

Cousin of the deceased says the man was alive when he arrived at the hospital but died after security forces fired tear gas outside, claiming the death was caused by the police.

According to the interior ministry’s spokes person Yasser Mesbah , " …Protesters flared again on Tuesday and demonstrators set fire to a National Guard station in the town. "

The prosecution said it had opened an inquiry into the death. The interior ministry denied the deceased had been suffocated by tear gas.

Videos shared on social media showed residents fleeing clouds of tear gas in front of the hospital, where angry relatives of the deceased were demonstrating after his death.

Public pressure had forced the closure of the Sfax region's main rubbish dump, in Aguereb, in September. City councils in the region have been refusing to collect trash, complaining that the state has not found workable alternatives.

In a meeting on Monday with Prime Minister Najla Bouden and Interior Minister Taoufik Charfeddine, President Kais Saied called for an urgent solution to the Sfax rubbish crisis 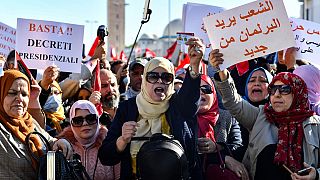 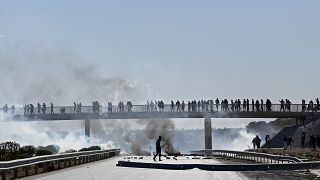 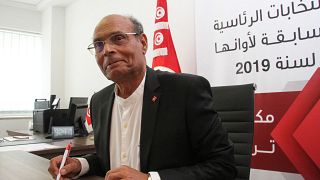