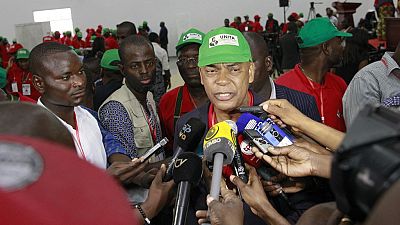 Angola's opposition announced on Tuesday said that it was forming a coalition to contest next year's presidential election in a bid to defeat the MPLA, which has been in power for more than 45 years.

The People's Liberation Movement of Angola has ruled the oil-rich country since its independence from Portugal in 1975.

"Our homeland is crying out for change," said Adalberto Costa Junior, leader of the main opposition party, the National Union for the Total Independence of Angola (Unita), describing a country "stricken by despair, by impoverishment".

A former rebel group, Unita has lost every election since it became a political party in 2002.

With less than a year to go before the legislative and presidential elections, the party has decided to join forces with the political movement PRA-JA Servir Angola and the Bloco Democratico.

The new United Patriotic Front (FPU) has nominated Mr. Costa Junior as its candidate against President Joao Lourenco, who is likely to run for a second term in the elections scheduled for August 2022.