People who are seriously ill with Covid-19 are more likely to die than if they were in any other region in the world, the Lancet said in a new report released on Friday.

The reason is because of the shortage of equipment in hospitals and specialised staff.

"Our study is the first to give a detailed and comprehensive picture of what is happening to people who are severely ill with Covid-19 in Africa, with data from multiple countries and hospitals," said Prof Bruce Biccard from Groote Schuur Hospital and the University of Cape Town.

"Sadly, it indicates that our ability to provide sufficient care is compromised by a shortage of critical care beds and limited resources within intensive care units," Prof Biccard, who co-led the research, added.

After almost 30 days, half (48%) of these patients died without being given oxygen.

On average 31.5 percent of critically ill patients died after admission to intensive care in Asia, Europe and the Americas, compared to 48.2 percent in African countries.

The authors of the study estimated that in Africa, the availability of ECMO (a technique where the blood is artificially oxygenated outside the body before being injected back into it) is 14 times lower than what would be necessary to treat severely ill patients.

It also found a shortage for dialysis equipment.

The study also shows that patients with other health problems (AIDS, diabetes, kidney disease,) were at greater risk of dying than others.

Africa's populations have so far been less badly hit by the pandemic than other regions when it comes to the total number of cases and deaths -- but the authors suggest the mortality rate of those who do get sick could be even higher than their figures suggest because of a lack of data.

The authors hope their study, published in the Lancet medical journal, will begin to fill a void of data on critically ill Covid-19 patients in Africa.

But noting the limitations of their research, they suggested the situation on the ground could be even worse.

A total of nearly 130,000 people have died from Covid-19 in Africa, compared with more than 1.1 million in Europe and over 3.4 million worldwide, according to the latest AFP tally from official sources.

But the economic cost has been devastating, and the slow vaccine rollout has raised fears that variants could emerge on the continent that would hit Africans and then spread worldwide.

On Thursday, the UN Security Council called for an accelerated availability of coronavirus vaccines for Africa and said the continent had so far only received 2% of the vaccines produced globally. 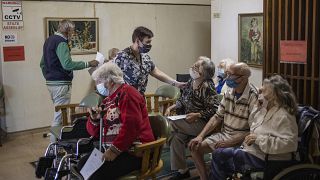 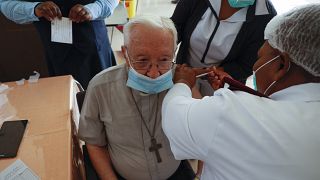