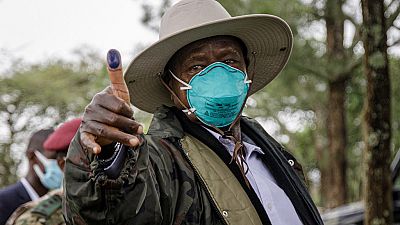 The United States is calling for an ‘’independent, impartial, credible and thorough investigations’’ into Uganda’s January 14 elections, which it says were marred by irregularities and abuses by security forces against opposition candidates.

Spokesperson of the U.S Department of State, Ned Price said it will consider ‘’a range of targeted options’’ to ensure that members of Uganda’s security forces would be held accountable for their actions when the East African nation went to the polls last month to elect a leader.

‘’Uganda’s January 14 elections were marred by irregularities and abuses by the government’s security services against opposition candidates and members of civil society’’, Price said Tuesday.

While acknowledging the significant roles being undertaken by Uganda in East Africa in relation to U.S interests, Price said: ‘’ We can pursue our interests and pursue our values at the same time’’.

Ugandan troops serve on the African Union Mission in Somalia, known as AMISOM that have been helping Mogadishu since 2011 to battle against Islamist group, Al-shabaab.

Robert Kyagulanyi, better known as Bobi Wine, the main challenger of Uganda President Yoweri Museveni took to twitter to express gratitude to the United States for ‘’not keeping quiet about the most rigged elections in our nation’s history’’.

‘’ We continue to thank the world for not keeping quiet about the most rigged election in our nation’s history, accompanied by gross human rights abuses. The people of Uganda will continue using all lawful actions to pursue good governance’’, he wrote on twitter Wednesday.

Bobi Wine made an application to Uganda’s top court Wednesday requesting to withdraw his election petition over the disputed polls. Wine cited the abduction, torture, harassment and intimidation by security forces at the watch of President Museveni and his Attorney General, as some of the reasons for his withdrawal.

During the January 14 presidential and parliamentary elections, internet access was shut down by the state. Services were partially restored mid-January.