Kenyatta is Serious About Global Warming

In an address at the end of the fifth United Nations Environment Assembly on Tuesday, Kenyan President Uhuru Kenyatta touched upon the many environmental crises facing the world — asserting that it is increasingly evident that they are a part of the journey ahead.

"Wildfires, hurricanes, high-temperature records, unprecedented winter chills, plagues of locusts, floods and droughts have become so commonplace that they do not always make our news headlines."

In mid-2019, the locust infestation in the Eastern horn of Africa — eventually invading nine countries as the area experienced one of its wettest and inopportune rainy seasons in decades.

In 2020, the continued dessert locust problem affected the food supply and livelihoods of some 2.5 million people — and 3.5 million could be impacted in 2021.

During the United Nations Security Council's videoconference to debate on climate and security, Secretary-General António Guterres also stated that climate disruption is driving displacement across the world.

The Urgency of Climate Change

Kenyatta asserted that many undesired and real consequences of climate issues can be avoided.

"The environment holds and can provide solutions to most of the challenges we face as humanity. And in this regard, Kenya has firmly anchored the environmental pillar in our country's blueprints, and that is our Kenya Vision 2030 as well as our big four agenda (manufacturing, farming, health care and low-cost housing -ed)."

Kenya, one of five new members of the UN Security Council has declared its support for the council’s engagement of climate-security issues. 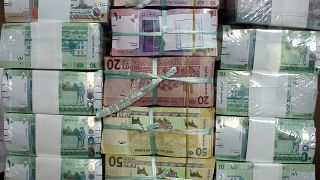