Ethiopian forces blocked people from the country's embattled Tigray region from crossing into Sudan on Thursday at the busiest crossing point for refugees, Sudanese forces said.

Their account follows allegations by refugees in previous days of Ethiopian forces stopping people from fleeing the month-old deadly conflict in Tigray.

The Sudanese forces, speaking on condition of anonymity because they weren't authorized to discuss the events, said people tried to cross from Ethiopia around 6 a.m. to Hamdayet in Sudan but were stopped, and refugees waiting on the Sudan side became upset and began throwing rocks.

The Sudanese forces then cleared the area, and on Thursday evening they confirmed that the border crossing remained closed.

Tensions have been rising at the border in recent days as the flow of Ethiopians crossing has slowed to hundreds per day from several thousands.

A senior Ethiopian government official who has served as spokesman during the conflict did not immediately respond to a request for comment.

The European Union's crisis management commissioner Thursday urged the Ethiopian government to restore communications in its northern Tigray region and called on both sides to cease hostilities.

"I urge... the Ethiopian authorities to lift the communication blockade," Janez Lenarcic said at Um Raquba camp in neighboring Sudan, where he spoke with Ethiopian refugees who had fled their homeland over the last month.

Tens of thousands of refugees have since poured into eastern Sudan, with many complaining that they have not been able to re-establish contact with those left behind or lost on the scramble to leave due to a communications blackout.

"I spoke with a number of refugees in this camp today and what is perhaps most painful to hear is that they have zero information... about their relatives and friends who stayed behind," Lenarcic said.

Abiy on Saturday claimed the conflict was over after federal troops took control of the Tigrayan capital, Mekele, but the TPLF threatened a full-scale counter-offensive on Wednesday.

Lenarcic also urged Ethiopia's government to provide access for humanitarian workers and goods, while calling on both sides to "cease the hostilities".

Ethiopia has formally granted the United Nations access to deliver aid to Tigray. 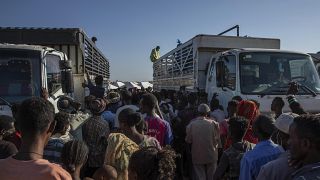 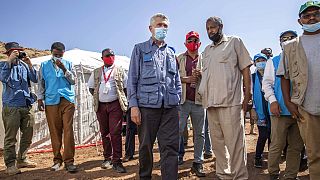