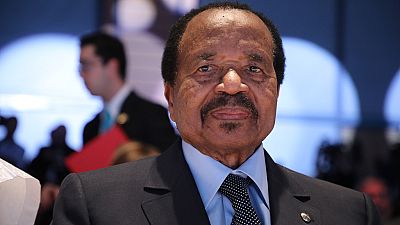 Cameroon’s 87-year-old President Paul Biya has made a televised address to his people ending more than two months of silence as the central African nation dealt with a burgeoning coronavirus crisis.

Biya’s long silence was for supporters a sign of gravitas but for critics one of failure. “Like most countries in the world Cameroon is suffering from COVID-19,” Biya said Tuesday night on state channel CRTV.

“The number of people infected rises day after day, bringing proof that the fight against the pandemic is complex and difficult.”

Biya urged people to respect “measures taken by the government, such as the obligatory wearing of masks”. He also asked them “not to give in to panic and not to believe false information put out on social networks.”

He last spoke to the nation on March 5, although Cameroon had counted by Monday 3,500 cases including 140 deaths, and has been hit harder by the virus than most sub-Saharan African countries.

Speculation about his death even circulated on the internet in late April and the government was moved to put out a denial. In his 37 years in power, Cameroonians have become accustomed to Biya’s long absences, mainly because of poor health.

But his silence over the pandemic raised numerous questions for a leader who has overseen many crises since he took power in 1982.

He posed for the cameras after talks with the US ambassador on March 11 and again after meeting the French envoy. His subsequent absence from public view saw the opposition question his role.

Main opposition leader Maurice Kamto, the runner-up to Biya in 2018 elections, said he had launched proceedings for the Constitutional Council to declare the presidency vacant.

Six opposition activists were arrested last week in Cameroon for “illegally” distributing face masks and disinfectant gel. All are supporters of Kamto whose initiative to collect funds to fight the virus has been banned by government. They were released after five days.

Biya reappeared finally on the eve of national day. “Most of you have fully understood that faced with the silent danger that COVID-19 represents it was time to set aside political quarrels and form a united front,” he said.