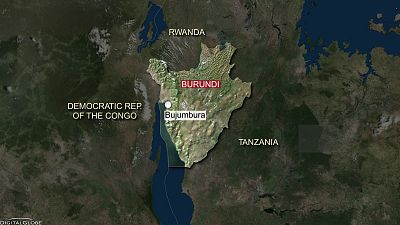 <p><strong>The National Council for Liberty (<span class="caps">CNL</span>), the main opposition party in Burundi, condemned Saturday “a wave of arrests” of its local leaders in the province of Bujumbura since Thursday.</strong></p> <p>“After a mock attack (…) on Wednesday, there has been a wave of arrests of local leaders of the <span class="caps">CNL</span> party,” Therence Manirambona, a spokesman for the party, told <span class="caps">AFP</span>. He said that “23 people had already been arrested by the police and Imbonerakure (youth of the ruling party) and are being held in police dungeons”.</p> <p>These arrests were confirmed to <span class="caps">AFP</span> by a police official who spoke of “arrests for investigative reasons.</p> <p>According to the <span class="caps">CNL</span>, “some of our party’s leaders have been ill-treated and unfortunately one of them, Felix Ndikuriyo (…) was beaten to death on Thursday evening.</p> <p>“No one is imprisoned for political reasons, they were arrested for breaking the law,” said Leonidas Ntirandekura, a local government official. According to him, Mr. Ndikuriyo “died of illness”.</p> <h3>Civil society and media confirm</h3> <p>The <span class="caps">CNL</span> spokesman condemned a “harassment enterprise orchestrated by the government in the run-up to the May 2020 elections”. </p> <p>“Today, at least six activists have been murdered, others have been reported missing or have been tortured, more than 200 are languishing in prison and more than 100 offices have been destroyed or damaged,” he said.</p> <p>These figures have been confirmed by civil society and the media.</p> <p>The <span class="caps">CNL</span> chairman, Agathon Rwasa, is considered to be the main candidate of the ruling Cndd-<span class="caps">FDD</span> party, General Evariste Ndayishimiye, in the presidential election of 20 May.</p> <p>The current president, Pierre Nkurunziza, who has been in power since 2005, had surprised people by announcing in June 2018 that he would not stand for succession in 2020, although the new Constitution amended by referendum allowed him to do so.</p> <p>The announcement in April 2015 of his candidacy for a third term had plunged Burundi into a cycle of violence and massive human rights violations that left 1,200 people dead and displaced more than 400,000, according to estimates by the International Criminal Court, which opened an investigation.</p>