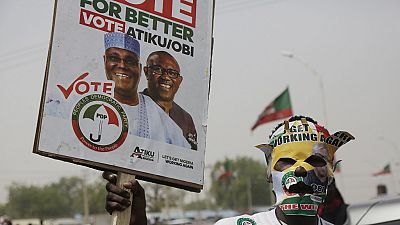 Nigeria’s elections body has announced that 75 political parties had been deregistered for breaching regulations that govern their operations.

The Independent National Electoral Commission, INEC, at a press conference in Abuja on Thursday said the affected parties “did not satisfy the requirement of the Fourth Alteration to the Constitution.”

Prior to today’s exercise, Nigeria as Africa’s most populous nation with over 200 million people had a total of 93 registered parties. There are only 18 parties that are currently authorized to operate.

Details of the reasons that led to the de-registration included:

INEC under section 225 A of the Nigerian constitution (Fourth Alteration, No. 9) Act, 2017 also reserves the power to de-register a party over a breach of any of the regulations for registration.

The ruling All Progressives Congress, APC, and the main opposition Peoples Democratic Party, PDP, share the state-level governance of all 36 states across the federation.

President Muhammadu Buhari led the APC into office in 2015 dislodging the PDP that had government the country for 16 years prior.

PDP produced three presidents over the period, Olusegun Obasanjo, Umar Musah Ya’Adua and Goodluck Ebele Jonathan. Buhari is currently in his second term having secured reelection in March 2016. His tenure ends in 2023 when next polls will be held.