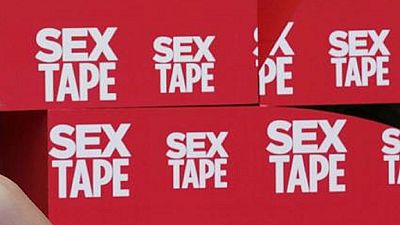 A Christian privately-run university in Nigeria has dismissed a female student who was captured in a recently leaked sex tape. The institution said she had violated its rule and regulations.

Multiple portals reported on Wednesday that the decision of the Babcock university to dismiss the third-year accounting student was after the leaked video went viral on some social media platforms.

The video shows the girl and a former colleague involved in the sexual act which the university insists was not carried out on campus. It is not known as yet who leaked the tape and for what reasons.

In an official statement on the issue, the university clarified among others that the boy in question had been expelled from the school in February this year for “grievous misconduct.”

Part of the statement added: “The place where the immoral act took place, according to her (the girl’s) written statement, was at the Saint Bridget Hospital, Abeokuta, Ogun State, where the boy has been undergoing rehabilitation for destructive addictions.

“According to the girl, the incident took place in April this year during school vacation, when she visited the boy at the hospital. The act did not take place in Babcock University,” it further clarified.

But the discourse on social media has largely been about the propriety of the measure the authorities resorted to. A good number of people are making fun of the situation.

For some, that two consenting adults agree to have sex should not result in expulsion from school. Others are concerned that one of the affected students (the female) is a third-year student and as it stands has lost all her academic progress.

Whiles others who side with the authorities insist that existing regulations were being followed and that the students were paying the price for their inactions. For some, there was the need to also fish out whoever leaked the said tape.

The university located in Nigeria’s western Ogun State is run by the Seven Day Adventists, SDA Church. It describes it self as “a faith based educational institution that integrates the totality of the Christian faith side by side with the academic program.

“We make positive impact by nurturing our students such that their lives reflect Christ. This makes them act as change sticks in their communities shunning all forms of violence and corrupt practices.”

Babcock’s reaction to the video was to allegedly expel the student. Our sense of justice is punishment, not reformation. If the school is meant to build character, why do they expel those whose character they find short? Nothing in that video warrants anyone losing 3 years!

My heart goes out to the Babcock lady. We can blame her as all we want but we all do stupid things when we are in a relationship. Nobody holy pass. You should be able to trust the person you are with. I hope that she finds the strength to get over this sad episode in her life.

This Babcock sex tape gist just goes on to prove that you shouldn’t trust anyone completely.

I’m sure that moments before it happened, they each made a promise that it’ll be their little secret but just see months later, it’s trending topic on the Internet labeled “#MiaKhalifa”

The founder of that school never meant chicken when he named the school.
BabCOCK #BabcockSexTape pic.twitter.com/3nW3jOf20N