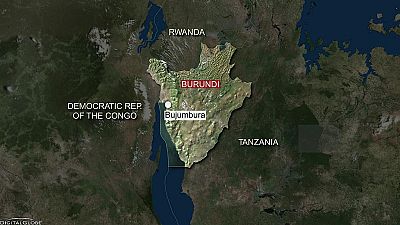 Judicial sources in Burundi have reported the arrest and detention of four journalists and their driver on Saturday and have been charged with “complicity in a breach of state security”.

The team was covering the incursion of Burundian rebels from neighbouring Democratic Republic of Congo.

Bubanza’s prosecutor, Clément Ndikuriyo, accused the four journalists and their driver of complicity with the armed group that attacked on Tuesday and just charged them with complicity in a breach of the state’s internal security,” an anonymous police source told AFP.

“The five were then taken to the central prison in Bubanza where they were imprisoned,” he continued.

The four journalists and their driver risk 5 to 10 years in prison, according to the Burundian penal code.

The journalists worked for Iwacu, one of Burundi’s last independent media outlets.

Reporter Without Borders (RSF) called on Thursday for the immediate release of four journalists and their driver, stressing that they did nothing more than their work by going to verify reports of armed clashes on the spot.