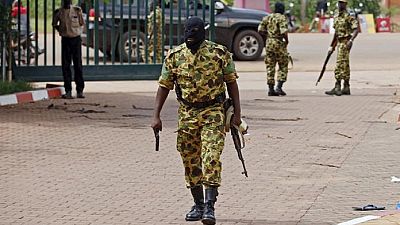 At least eight people were killed in two attacks in the north of Burkina Faso, security sources said on Sunday.

They were the latest in a series of attacks that claimed 17 lives Saturday, in violence generally blamed on a long-running jihadist insurgency in the poor, fragile Sahel region.

Seven people were killed on Saturday at around 6:00 pm local time, by an armed group in Deneon village in Bam province, one security source told AFP.

A soldier was also killed on Saturday when an army unit was attacked in Deou in Soum province, said another security source, who confirmed the attack on Deneon.

Around 20 attackers on motorbikes killed nine villagers and set fire to shops and motorcycles.

Burkina Faso has become part of a seven-year-old jihadist insurgency in the Sahel region.

More than 585 people have been killed since early 2015, according to an AFP toll.

Many of the attacks have been attributed to groups affiliated to Al-Qaeda, and others to the so-called Islamic State group.

The Burkinabe army, which itself has suffered heavy losses, has been unable to stop the attacks.

The violence, which at first was concentrated in the north of the country, has spread to other regions in the east and west.