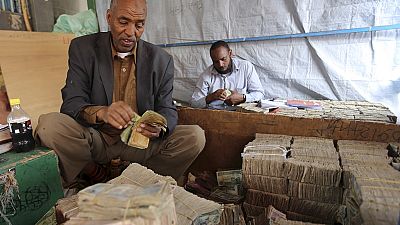 The World Bank has backed Somalia’s economy to grow above expectations for the next three-to-five years, if the country can sustain its current economic reform momentum.

The Horn of Africa country has been in turmoil since 1991, when clan warlords overthrew President Siad Barre and then turned on each other. Over the past decade it has been hit by famine and sporadic terror attacks by al Qaeda-linked militant group al Shabaab.

Several indicators over the last 12 months have demonstrated that Somalia is well on its way to recovery from the years of turmoil and economic distress.

Somalia on the rise

Tax collection by the government increased by 29% last year, as the economy recovered from a drought the previous year and the government changes its tax policies, the World Bank said.

In May this year, the International Monetary Fund said Somalia’s economy was on the right track but warned that it was still vulnerable to fragile security, climate change and poverty.

“Our flights will quickly grow to multiple daily flights given the huge volume of traffic between the two sisterly countries and the significant traffic between Somalia and the rest of the world,” Tewolde GebreMariam, Ethiopian Airlines’ chief executive, said in a statement.