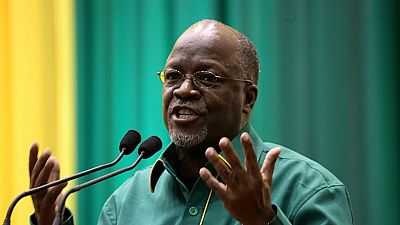 Tanzania’s central bank has given banks and financial institutions three months to establish data centres in the East African nation, saying it will impose hefty fines on lenders that fail to comply.

A Bank of Tanzania spokesperson confirmed to Reuters on Sunday the regulator issued a circular on Friday that imposes a fine of 5 billion Tanzanian shillings ($2.18 million) for lenders that have not set up an in-country data centre.

“The bank of Tanzania has noted with serious concern that most of the banks and financial institutions have not provided a true position on compliance with the requirements to put in place a primary or secondary data centre in Tanzania,” Bernard Kibesse, deputy central bank governor for financial stability said in a circular seen by Reuters.

The bank of Tanzania has noted with serious concern that most of the banks and financial institutions have not provided a true position on compliance with the requirements to put in place a primary or secondary data centre in Tanzania.

“Any bank or financial institution, which will be found not to have complied with the above requirements, shall be liable to a penalty of 5 billion shillings,” according to the circular. The central bank will conduct inspections on the status of lenders on the new data centre rules seven days after the issuance of the circular, it read.

The central bank circular read that every bank or financial institution must establish a data centre within three months from the date of the circular. Any institution found not compliant will be fined 500 million shillings per month until it complies, it read.

The central said it had issued three previous circulars to banks and financial institutions since 2014 on the requirement for data centres to be located in Tanzania instead of on servers abroad, but some lenders were yet to comply.

Tanzania has tightened regulatory oversight over commercial banks and other financial institutions over the past few years.

The country’s financial services sector, which is dominated by lenders like CRDB Bank and NMB Bank, has been hit by a spike in bad loans, which have stifled the growth of credit to the private sector.

In December, the International Monetary Fund said nearly half of Tanzania’s 45 banks were vulnerable to adverse shocks and risked insolvency in the event of a global financial crisis.

Tanzania’s central bank has revoked the licenses of at least nine banks since 2017, saying the move was aimed at safeguarding the stability of the sector.

The closure of the banks comes after President John Magufuli ordered the central bank to take action against failing financial institutions.