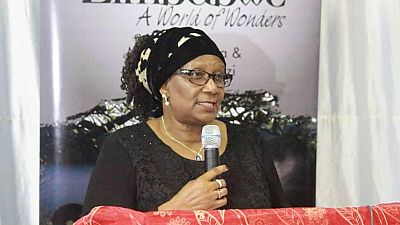 Zimbabwean Tourism Minister Prisca Mupfumira was charged in court on Friday with corruption involving $95 million from the state pension fund after questioning by the newly formed Zimbabwe Anti-Corruption Commission (ZACC).

Mupfumira is the first senior government official to be interrogated by the commission, which was appointed by President Emmerson Mnangagwa last week after he promised tough action against graft.

The prosecution laid out charges ranging from alleged abuse of state pension fund money to finance Mupfumira’s political campaigning to directing investments of up to $62 million into a bank against the advice of the pension fund’s risk committee.

While some amounts have been identified, where they went to, there are other amounts which the police and officers at the Zimbabwe Anti-Corruption Commission have failed to find. She has managed to hide that money very well.

Mupfumira is also accused of leaning on the pension fund to enter into property deals with the same bank worth $15.7 million.

The charges arose from Mupfumira’s tenure as labour minister between 2014 and 2018, when she oversaw the state pension fund.

“While some amounts have been identified, where they went to, there are other amounts which the police and officers at the Zimbabwe Anti-Corruption Commission have failed to find. She has managed to hide that money very well,” prosecutor Michael Reza said in court.

Zimbabwe’s state pension fund, which has assets exceeding $1 billion, has often been targeted for looting by politicians and public officials, none of whom have been prosecuted until now.

The auditor general completed a forensic audit into the state pension fund in March. Opposition parliamentarians, who believe the report details extensive fraud, have been pushing for it to be released, but Labour Minister Sekai Nzenza says she is under no obligation to do so.

The new anti-graft body has, however, said the audit report forms the basis of one of 200 corruption cases it is currently pursuing.

Mupfumira will remain in custody, until a magistrate rules on Saturday on the prosecutors’ request to keep her in custody for 21 days while further investigations are carried out.

Elton Mangoma, an opposition official who was energy minister in 2011 under a power-sharing government, was the last sitting minister to be arrested, on graft charges relating to a fuel supply contract. He was later acquitted.

These choreographed prosecutions of ZANUPF elites are meant to hoodwink us into believing that something is being done. These cases are being sent to court without thorough investigations taking place!Save this tweet.Prisca Mupfumira is taking one for the team, she will walk free pic.twitter.com/GOP2TNOMae