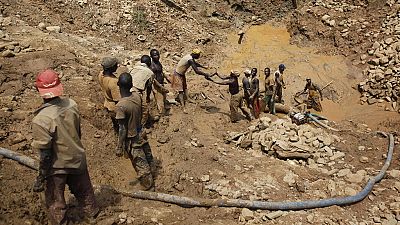 Switzerland, the United States and several Western countries have called on the Democratic Republic of Congo to respect the rights of artisanal miners, following the recent tragedy and incidents in cobalt- and copper-rich Katanga.

Dozens of people died near Kolwezi (south-east) a week ago in a collapsed gallery at the mining site of KCC, a subsidiary of the Swiss commodities trading giant Glencore.

On Thursday, the Congolese army deployed around the KCC site due to the “growing presence of illegal artisanal miners through mining concessions in the Kolwezi region,” Glencore said.

Such tragedies highlight the challenge of the government of the Democratic Republic of Congo in implementing balanced legislation on artisanal mining.

The DRC government must “respect human rights in all military and police operations in the region”, warn the signatory countries of a joint statement (Switzerland, Canada, United States, Netherlands, United Kingdom and Norway).

Artisanal miners must be able to earn a living under the law and in safe conditions,” the statement added, offering condolences to the victims’ families.

“Such tragedies highlight the challenge of the government of the Democratic Republic of Congo in implementing balanced legislation on artisanal mining,” they insist.

The signatory countries recognize “the need to respect the concession contracts” of multinationals such as Glencore, “in order to encourage investment”.

The DRC is the world’s largest producer of cobalt. The “miners” are in the minority but not marginal in its production (14 to 16% of the 80,800 tonnes produced in 2017, according to London broker Darton Commodities).