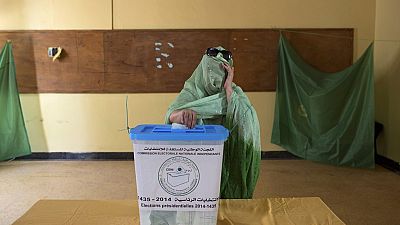 <p><strong>Mauritanians will go to the polls on June 22 to vote for a successor to President Mohamed Ould Abdel Aziz, who is stepping down after his second and final term in office.</strong></p> <p>If there is no outright winner in the first round of elections, a runoff vote will be held on July 6, under a presidential decree seen by <span class="caps">AFP</span>.</p> <p>Candidates have until May 8 to file their bid to be next president of the conservative West African desert state.</p> <p>Abdel Aziz, a 62-year-old former general, was a major figure in a successful coup in 2005, and in 2008 led another coup that forced out the then president, Sidi Ould Cheikh Abadallahi.</p> <p>Elections were staged in 2009, which Abdel Aziz won. He was returned to office in elections in 2014, winning in the first round.</p> <p>Several major figures have already declared their intentions to run.</p> <p>They include former defence minister Mohamed Ould Cheikh Mohamed Ahmed, who is a close associate of the current president.</p> <p>Others are the former head of the 2005-2007 transitional government, Sidi Mohamed Ould Boubacar; anti-slavery activist Biram Ould Dah Ould Abeid; and long-standing opposition figure Mohamed Ould Moloud.</p> <p><strong><em><span class="caps">AFP</span></em></strong></p>