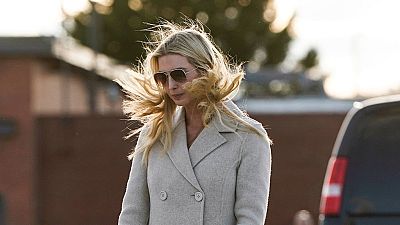 Ivanka Trump, daughter of the United States president and advisor at the White House on Sunday morning arrived in Ethiopia – the first leg of her two-nation African tour.

On arrival at the Bole International Airport, she tweet: “Just landed in Addis Ababa – the diplomatic capital of Africa and the continent’s highest city!”

Ethiopia as the diplomatic capital of Africa is premised on the fact that it hosts the offices of the African Union Commission. The World Atlas portal says Addis Ababa was Africa’s highest capital in terms of altitude with 2355 meters, equivalent to 7726 feet. It seems to be the metric used in labeling it the ‘highest capital.’

She has since met with Ambassador Micahel Raynor and other top officials of the U.S. embassy in Addis Ababa ahead of her engagements which are the the area of women’s inclusion and empowerment.

Whiles in Ethiopia, “Ms. Trump will discuss U.S.-led initiatives to promote opportunities for women’s inclusion and learn about ongoing efforts in meetings with Ethiopian government officials and the African Union as well as hold engagements with women leaders in business & civil society,” the embassy said.

Her trip is linked to her involvement with the Women’s Global Development and Prosperity, WGDP, initiative. Accompanying her will be Mark Green, administrator of the U.S. Agency for International Development.

She will be in Ethiopia between today and depart tomorrow to Ivory Coast where she is expected to spend another two-days.