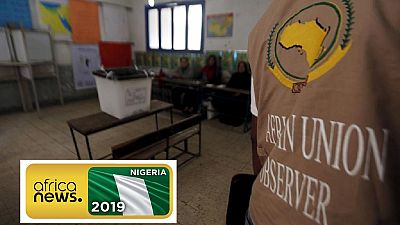 Elections have become fairly routine across much of Africa. There has been on average six presidential polls per year since 2016.

At the center of an average election are the candidates and their respective parties, the elections body, the voters, the security agencies and also crucially, the media.

But with these elections comes observer missions, that have increasingly become key stakeholders in the bigger election enterprise.

From the sub-region, continental and international blocs, teams are dispatched to ‘observe’ and to report on the good, the bad and what could be made better.

The first presidential vote for 2019 is in Africa’s most populous nation and its biggest economy, Nigeria. Some 84 million plus voters are expected to cast votes for over seventy candidates.

Observer missions have been dispatched to the country to as usual observe the process. The Economic Community of West African States, the African Union, the Commonwealth, European Union and United Nations have all sent their teams on the ground.

The Independent National Electoral Commission, INEC, chairperson has over the last few days met with delegations from the respective groups assuring that his outfit was ready to deliver credible polls.

Who is leading which delegation?

The main aspirants being the incumbent Muhammadu Buhari – seeking a second and final term and former vice president Atiku Abubakar – pushing for perhaps his last attempt to go one step past his last political post.

During the signing of a final peace pact between Buhari and Atiku on February 13, the Commonwealth and ECOWAS representatives were present. The pact was put together by the National Peace outfit is led for an ex-military ruler, General Abdul Salaam Abubakar.