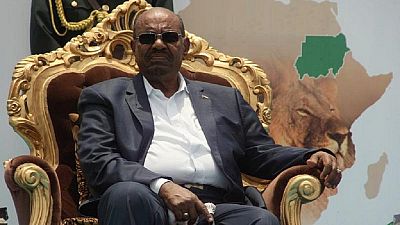 Sudanese President Omar al-Bashir has been facing a new protest movement for more than three weeks but continues to enjoy the support of Allied countries, concerned about the stability of a region already torn apart by conflict.

“All parties in the region (Middle East) are at odds but agree in some way on Bashir,” says Abdelwahab al-Affendi, an academic at the Doha Institute for Graduate Studies. Advocating continuity in this Arab country of North Africa, “they believe that any alternative may not be favourable to them”.

Sudan has been plagued by demonstrations since 19 December caused by the rise in the price of bread. These protests quickly turned into a protest movement against Omar al-Bashir, the greatest challenge facing the president since he came to power in 1989, according to experts.

Twenty-two people have died since the beginning of the movement, according to an official report. International NGOs report at least 40 deaths.

Although President Bashir faces opposition in his country, he continues to enjoy the support of his regional allies such as Egypt, Saudi Arabia and Qatar.

“Egypt fully supports Sudan’s security and stability, which are fundamental to its national security,” President Abdel Fattah al-Sissi told a close advisor to the Sudanese President last week in Cairo.

After a deterioration in their relations in 2017, when Bashir accused Egypt of supporting Sudanese opponents, Cairo and Khartoum recently overcame their differences. In October, Sudan lifted a 17-month ban on imports from Egypt.

And a few days after the demonstrations began, the Emir of Qatar Sheikh Tamim bin Hamad al-Thani called the Sudanese President to offer his help.

Egypt, Qatar and Saudi Arabia “are against any kind of successful insurgency” in Sudan, according to Affendi. “They believe that if this happens, they will be next” on the list, with the Arab Spring in mind in 2011.

An anonymous European diplomat also noted that Bashir’s foreign policy “is dictated by economic pressures from all sides”.

The Sudanese economy has suffered greatly from US sanctions for Khartoum’s support for terrorist groups. In particular, the regime had welcomed Osama bin Laden in the 1990s.

Although enhanced cooperation with Washington made it possible to lift the sanctions in 2017, experts say this did not have the expected results, especially since the United States kept Sudan on the list of countries supporting “terrorism”.

In December 2018, a few days before the start of the protest, Mr. Bashir met his Syrian counterpart Bashar al-Assad in Damascus, becoming the first Arab head of state to visit Syria after the conflict erupted in 2011.

According to experts, the idea was to get closer to Russia, an unwavering ally of the Syrian regime and an essential power in the Middle East.

In 2016, the Sudanese president dropped his Iranian ally for Saudi Arabia, joining the regional coalition led by Riyadh against rebels in Yemen, supported by Tehran. According to media reports, hundreds of Sudanese soldiers are fighting in the coalition ranks in Yemen.

Other powers such as China have invested billions of dollars in Sudan in recent decades.

“For countries like China and Russia, Sudan is a gateway to Africa,” the diplomat said. “Whether it’s them or the West, no one wants Sudan to collapse.”

If the United States and the European Union “do not support Bashir” — sought by the International Criminal Court (ICC) on charges of war crimes and genocide in West Darfur — they are working with Khartoum to ensure that “Sudan remains stable”, says the European diplomatic source.

Any instability in Sudan could lead to a new wave of migration to Europe, according to the source.

Sudan’s strategic location in the Horn of Africa is a godsend for Mr. Bashir,” said Amal el-Taweel, an analyst at the Al-Ahram Centre for Political and Strategic Studies in Cairo.

“International and regional powers will not let Sudan collapse,” she told AFP.