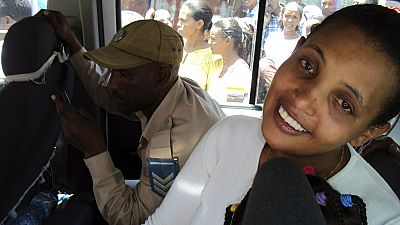 Ethiopia’s parliament will on Thursday appoint a new chairperson of the National Election Board, according to state-affiliate Fana Broadcasting Corporate (FBC).

FBC said the House of People’s Representatives would replace Ambassador Sami Zekaria, who was appointed to the position last year.

Local media are also reporting that Birtukan Mideksa, a former judge, who became a harsh critic of the ruling coalition and fled to exile, has been nominated for the role.

The Addis Standard said it had confirmed that Prime minister Abiy Ahmed had indeed nominated her for the post adding that she will be passed by lawmakers tomorrow.

Mideksa recently returned to Ethiopia from the United States, joining the many opposition supporters and critics of the previous administration who have been compelled to return by the ongoing reforms.

She has always been a vocal advocate for rule rule of law and respect for the constitution.

Abiy has also pledged to deliver a credible election in 2020, adding that he will conduct a smooth transition should the ruling coalition lose the election.

Several opposition parties, and indeed Abiy’s Oromo Democratic Party, have already started collaborating and putting together agreements ahead of the crucial 2020 vote.