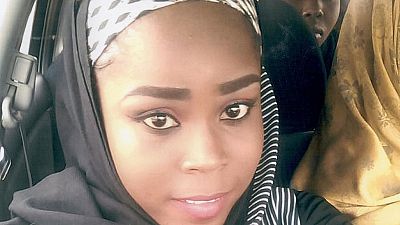 Nigerians from all spheres of the social structure have expressed disgust at the execution of Hauwa Leman, an aid worker with the International Committee for Red Cross, ICRC.

Leman was killed by terrorists who had given the government 24-hours prior to rescue her. The ICRC on Monday launched an appeal for the insurgents to spare her life along with that of two others.

But the terrorists – Islamic State in West Africa, ISWA, instead executed her. Government confirmed the act stating that it had done everything within its powers to save her life.

We are deeply pained by this killing, just like we were by the recent killing of the first aid worker. However, we will keep the negotiations open and continue to work to free the innocent women who remain in the custody of their abductors.

It is quite sad and painful that a young and innocent lady, Hauwa Leman has been killed by captors. I commiserate with her family, friends and Nigerian at large. May her soul RIP.

The Fed. Gov. must speed up their effort to rescue Leah Shu’aibu. pic.twitter.com/VDDLa45kow

As I said on the 18th of September 2018, humanitarian workers, who go into troubled spots to alleviate people’s suffering are some of the most courageous and selfless people on the planet. They are #NotATarget.

Awful news that ICRC #healthworker Hauwa Leman has been murdered despite urgent appeals to leave no stone unturned for her rescue and return. #NotATarget https://t.co/U2NEMOQTFN

I’m deeply saddened by the murder of Hauwa Leman, an ICRC aid worker, by terrorists. I implore the Federal Government to deploy every reasonable tool at its disposal to bring Leah Shuaibu and all the children in Boko Haram captivity home. pic.twitter.com/91Aafzoeyt

We mourn #Hauwa and all victims of terrorism. #LeahSharibu #ChibokGirls #Alice #IDPs pic.twitter.com/0SqFx8KU5q

In memory of the murdered aid worker pic.twitter.com/44oko2z61S

Boko Haram does not represent Muslims or Islam.
May the souls of those killed Rest In Peace.
May anyone who has a hand in these senseless killings face the wrath of Allah right from dunia if they do not repent. Ameen. pic.twitter.com/bSeOKEWV5Q

The militants said in a video posted online last month that they would kill at least one hostage once a deadline due to elapse on Monday had passed.

The video had also referred to schoolgirl Leah Sharibu, 15, who was abducted in February from her school in the town of Dapchi. They said Leah was to remain a slave. She was the only girl who was held after government negotiated a release of schoolgirls kidnapped in Yobe State this year.

Three aid workers, Hauwa Mohammed Liman, Alice Loksha and Saifura Hussaini Ahmed Khorsa, were working in the town of Rann when they were kidnapped by ISWA. Khorsa, an ICRC midwife, was killed in September.

“We are deeply pained by this killing, just like we were by the recent killing of the first aid worker. However, we will keep the negotiations open and continue to work to free the innocent women who remain in the custody of their abductors,” information minister Mohammed said in a statement.