Zimbabwe drops charges against critic who said 'Mnangagwa is evil' 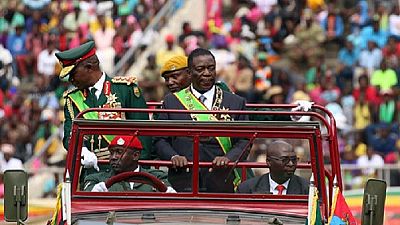 Munyaradzi Shoko, a well-known critic of Mnangagwa, was held after he posted statements on Facebook saying the president’s name was “generally associated with evil and devilish deeds.”

At court today they dropped the criminal nuisance and public violence charges.

Shoko, who heads the pressure group Children of Zimbabwe War Veterans Association, was also charged with public violence for allegedly taking part in protests by opposition supporters after July 30 elections.

At least six people were killed after soldiers opened fire at the protests.

“At court today they dropped the criminal nuisance and public violence charges,” Mafunda said, alleging Shoko was assaulted by police while detained.

Mngangagwa won the presidential election, though the results are being challenged in court.

The government and security forces have been accused of a violent crackdown on MDC opposition supporters since the vote.