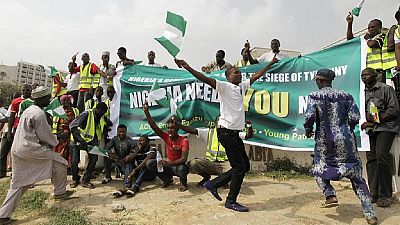 At the last count in January 2018, there were 68 parties. Between then and now, INEC said it had certified 23 more parties out of an application of 144.

The elections body noted in a press statement that this was the final batch of registration before the country goes to the polls in February 2019. The new parties will be presented their certificates on Thursday at the commission’s headquarters in Abuja.

This brings the number of political parties to 91 and will be the last round of registration until after the general elections of 16th February 2019.

“This brings the number of political parties to 91 and will be the last round of registration until after the general elections of 16th February 2019. This suspension is in line with the Section 78 (1) of the Electoral Act, which requires all applications for registration as political party to be concluded latest six months to a general election,” the statement affirmed.

In other matters raised in the statement, INEC said it was on course to publish the first step of the electoral process – the notice of election. The August 17, 2018 event will kick-start the countdown to the 2019 general election, INEC said.

It had also extended the continuous voter registration (CVR) exercise which was supposed to afford people the opportunity to get their voter identification document. INEC said it had registered 12.1 million new voters as at 11th August, 2018.

The CVR which started in April 2017 was supposed to end on 17th August, 2018 but has been pushed to the last day of August 2018. INEC entreated people to go and collect their Permanent Voters Card (PVCs), that process will be suspended with just days to the elections.

Political parties in Africa’s most populous nation typically cut across the country’s geopolitical zones – the northern, middle and southern sectors.

Nigeria is Africa’s most populous country. Its politics is currently dominated by two main forces – the main opposition Peoples Democratic Party (PDP) and the ruling All Progressives Congress (APC).

Jonathan lost the 2015 presidential election to incumbent Muhammadu Buhari. Buhari’s tenure expires in 2019 when new elections are to be held. Buhari has announced his intention to seek a final term.