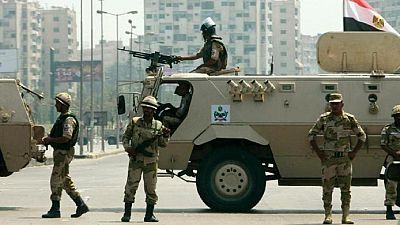 Egypt says its security forces have killed at least 52 suspected militants in recent days in the restive northern Sinai Peninsula.

The military said in a statement on Sunday that another 49 suspected militants have been arrested.

It says it destroyed 26 hideouts and weapons depots, and dismantled 64 explosive devices.

The military says airstrikes destroyed 32 vehicles containing weapons and ammunition in the Western Desert and in the south.

It wasn’t possible to independently confirm the claims as access to the northern Sinai is heavily restricted.

According to figures released by the military, 37 soldiers and 373 militants have been killed in the operation, which remains ongoing.

Egypt launched a nationwide operation against militants in February. It has struggled to combat a long-running insurgency in the Sinai that gained strength after the military overthrew a divisive Islamist president in 2013 and which is now affiliated with the Islamic State group.