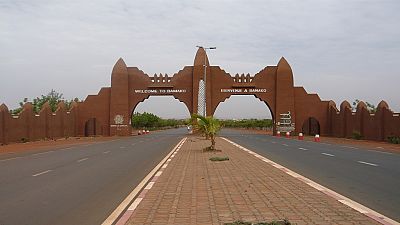 With less than two weeks to the presidential polls in Mali, the U.N. human rights office says killings of almost 300 Malian civilians in fighting between rival militias this year, could threaten the outcome of the election.

Malians head to the polls on July 29 for a vote meant to draw a line under six years of political unrest, jihadist attacks and ethnic clashes. But the situation has degenerated in recent months and spilled over into neighbouring countries.

Mali’s government has repeatedly said the polls, in which incumbent President Ibrahim Boubacar Keita is seeking re-election, will go ahead as planned, but the relentless violence threatens to significantly depress turnout.

MINUSMA has documented...an escalation of attacks allegedly carried out by Dozos (traditional hunters) and elements of Dogon militias against villages or parts of villages occupied primarily by members of the Fulani community.

U.N. human rights spokesman Rupert Colville said at least 289 civilians have been killed in 99 incidents of communal violence since the start of the year, according to investigations by peacekeeping mission MINUSMA.

More than 75 percent of the incidents occurred in Mali’s central Mopti region, he told a news briefing, with more than half taking place since May 1.

“MINUSMA has documented…an escalation of attacks allegedly carried out by Dozos (traditional hunters) and elements of Dogon militias against villages or parts of villages occupied primarily by members of the Fulani community,” Colville said.

Clash between Dozos and Fulanis

Dozos, also known as Donzos, have been enmeshed in a long-running conflict with Fulani herders over land, grazing grounds and water rights.

Earlier this month, Dogon militia fighters allegedly killed 16 Fulani civilians during a raid on a village, with some reportedly shot inside the local mosque and others burned alive in their houses, Colville said.

Fulani militia and an al Qaeda-linked jihadist group with close ties to Fulani communities have in turn targeted Dogon and Bambara civilians, he said.

The jihadists’ exploitation of ethnic tensions to win recruits and use of Mali as a launch pad for attacks into neighbouring Niger and Burkina Faso has alarmed former colonial power France and the United States, who have deployed thousands of troops to the region.

France intervened in Mali’s desert north in 2013 to drive back Islamist militants who were threatening to march on the south’s main population centres, but they have since regained a foothold in the north and semi-arid centre.

Mali 2018 presidential election: Background to a critical election in an increasingly insecure country