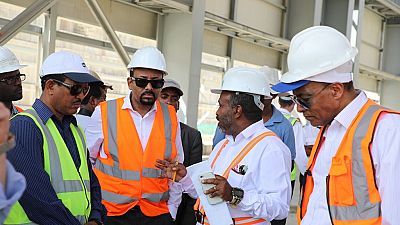 Ethiopia’s allies including the United States, European Union and the World Bank have welcomed the recent ‘state of war is over’ declaration between Eritrea and Ethiopia.

On Monday, the leaders of both countries announced they were ending the costly “state of war” that has reigned since fighting stopped in 2000. Diplomatic relations were never restored because the sides could not agree how to implement a peace deal.

A statement issued by the US state department commended Ethiopia’s prime minister Abiy Ahmed and Eritrea’s president Isaias Afwerki for ‘leading their citizens towards peace, prosperity and political reform’.

The normalization of relations and the adoption of the Joint Declaration of Peace and Friendship between Eritrea and Ethiopia will provide their peoples with the opportunity to focus on shared aspirations for closer political, economic, and social ties.

“The normalization of relations and the adoption of the Joint Declaration of Peace and Friendship between Eritrea and Ethiopia will provide their peoples with the opportunity to focus on shared aspirations for closer political, economic, and social ties,’‘ read part of the statement.

Business and development partners World Bank were also briefed on recent political developments in Ethiopia, with a view of attracting more investment into the country.

Abiy told the country’s parliament last week that government needs $7.5 billion to finish infrastructure projects such as a massive dam and roads that the government hopes will drive industrialization.

World Bank’s overall commitments to the country stands at $10 billion, making Ethiopia one of the largest beneficiaries, according to Fitsum Arega, Chief of Staff at the PM’s Office.

After briefing Lee on recent political developments and peacemaking efforts done to create a favorable investment environment, Gemeda called on the Korean government to encourage investment in industrial parks and other areas of the country.

Most of Ethiopia’s partners including South Korea, the African Union, European Union and the US have committed to support Abiy’s economic and political reforms.