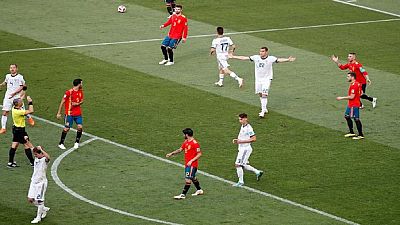 The hosts Russia, will be playing to rediscover their winning ways after losing the final group 0-3 to Uruguay. Before that game, the Russians had impressed with 5-0 and 3-1 wins over Saudi Arabia and Egypt.

While the 2010 world champions Spain were overwhelming favorites coming into the tournament, their underwhelming performance in the group stage, involving 3-3, 2-2 draws against Portugal and Morocco, will have given Russia hopes of pulling off yet another upset to continue their World Cup fairytale.

In the other all-European tie, Croatia, who won three out of three games in the group stages will be looking to their star midfield of Luka Modric and Ivan Rakitic to continue their impressive form against Denmark who came second to France in Group C and are unbeaten in 17 matches.

We have to be very focused and set ourselves up to exploit their weaknesses and capitalise on their errors.

Spain’s preparations for the World Cup were thrown into turmoil after coach Julen Lopetegui was sacked and replaced by Fernando Hierro just days before the start of the tournament.

Hierro’s side topped Group B but picked up only five points.

Russia, the lowest ranked team in the tournament, dispelled the doom and gloom by blitzing Saudi Arabia 5-0 and beating Egypt 3-1 to reach the knockout phase for the first time since the collapse of the Soviet Union.

“On Sunday we have a very difficult game against the host nation, who scored eight goals in two games and who will have the whole country behind them,” said Spanish defender Dani Carvajal.

“Russia is a strong and quick team and we have to be very wary of giving the ball away. We have to be very focused and set ourselves up to exploit their weaknesses and capitalise on their errors.”

Spain and Russia played out a thrilling 3-3 draw in a friendly last November, while their last competitive meeting came at the Euro 2008 semi-finals, where the Spaniards ran out 3-0 winners.

Russia’s veteran defender Sergei Ignashevich is one of three surviving members of that team in the current squad, and he said his side had studied how Iran and Morocco managed to trouble Spain defensively.

“Their defenders try to get high up the pitch and that leads to a lot of free space and allows you to create danger on the counterattack,” he said.

“That was one of Spain’s biggest weaknesses in the group stage, Morocco and Iran used that strategy and we will try to do it too.”

Croatia topped Group D with three wins out of three, including a 3-0 humbling of Lionel Messi’s Argentina. They will be looking to emulate their best result in 1998, when they reached the semi-finals and finished third after a 2-1 win over the Netherlands in the playoff.

“I was nine-years-old. I remember my mum screaming in the house when we scored,” said defender Dejan Lovren, recalling Croatia’s 2-1 win over the Netherlands in 1998 that secured third place.

“We can beat that, definitely, but we need luck. We have a good opponent in the next round, it will be difficult.”

Denmark came second in Group C with one win and two draws, though they were criticized for dull defensive play in their final 0-0 encounter with France. Denmark’s best result at a World Cup was also in 1998, when they reached the quarter-finals, beaten by eventual runners-up Brazil.

Denmark coach Age Hareide has promised a more entertaining, attacking style against Croatia after their own fans jeered them in a bore draw against France. For that creative energy, he will rely heavily on key player Christian Eriksen.

“We’re not going to lose 5-0 by trying to play tiki-taka football. But people shouldn’t get used to seeing us play like we did against France. It’s seldom that we play like this, and the game against Croatia will be a very different spectacle.” 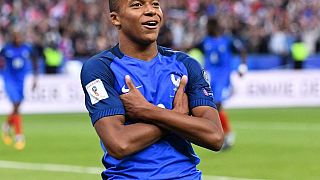 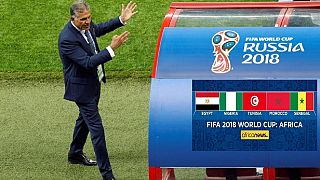 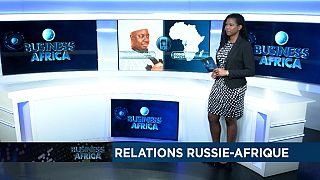