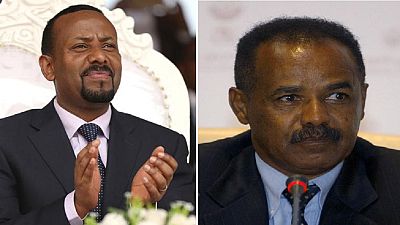 Abiy on Tuesday received the first high level Eritrean delegation that had visited Addis Ababa since 1998. The delegation had been sent to explore recent Ethiopia’s recent offer to hand over the disputed town of Badme, and effectively normalise relations between the two countries.

After the state dinner hosted in honour of the delegation by Abiy, both parties declared that the steps taken would lay the foundation for a new era of peace and development.

The foreign ministry also confirmed that Abiy sent a letter to President Afwerki on Thursday. This follow a video message he sent to his counterpart when Eritrea announced its decision to send a delegation.

The Eritrean delegation visited the Hawassa industrial park on Wednesday, which government says has so far attracted 18 leading global apparel and textile companies as well as created jobs for over 18,000 people.