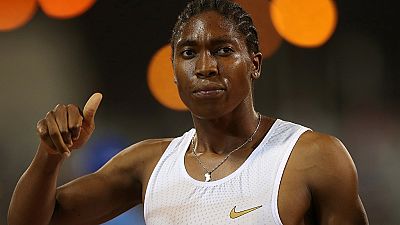 Athletics SA (ASA) has joined the fray against the new International Association of Athletics Federations (IAAF) female eligibility rules and formally lodged its statement of appeal with the Court of Arbitration in Sport (CAS) in Lausanne, Switzerland.

This comes after Caster Semenya announced on Monday she would take the rules on review.

“As a loyal member federation of the IAAF and to that extent, ASA has a duty to protect all its athletes, including female athletes who may fall foul of these regulations,” the ASA said on Saturday.

The regulations, and their implementation, constitute an infringement of the right of the affected female athletes to a private life, which includes the right to the protection of a person's physical, moral and psychological integrity, as well as the right to choose or to exercise personal autonomy.

Athletics South Africa has lodged its statement of appeal to the Court of Arbitration in Sport which will challenge the IAAF’s new regulations concerning athletes with hyperandrogenism. The ruling is seen to target SA’s World and Olympic champion Caster Semenya. pic.twitter.com/nHiWo9MW2R

Athletics South Africa confirm that it has formally lodged an appeal with CAS in relation to the IAAF’s Eligibility Regs on the basis that they discriminate against certain female athletes which is an infringement on their human right to dignity #Semenya https://t.co/3VzEM4txEg

The ASA has engaged the IAAF directly since May 10, declaring its intention to oppose the implementation of the regulations.

“Subsequently, the IAAF’s legal representatives have been corresponding with lawyers appointed by ASA to represent its interests.”

The IAAF introduced a new policy in April attempting to regulate women who naturally produce testosterone levels above five nanomoles per litre of blood. For now, the regulations are limited to athletes who compete in events ranging from 400m to the mile. The ASA said it had requested a meeting with the IAAF executive, with the SA federation’s president Aleck Skhosana set to meet the parent body’s head, Lord Sebastian Coe, in the coming week.

It has also applied for the implementation of the regulations to be suspended pending the outcome of the CAS arbitration. The IAAF during the week said it would “stand ready” to defend its new female eligibility rules after the CAS confirmed an arbitration procedure had been opened.

“The Court of Arbitration for Sport has informed the IAAF this morning (Tuesday) that it has received a request for arbitration filed by Caster Semenya vs/ IAAF,” the IAAF said in a statement.

“We await further information and stand ready to defend the new regulations.”

Semenya’s lawyers released a statement on Monday saying their client would challenge the IAAF’s rules “to ensure, safeguard and protect the rights of all women”.

The ASA’s challenge is led by a legal and medical team supported by the Department of Sport and Recreation and the SA Sports Confederation and Olympic Committee.

The SA athletics body said in its statement of appeal it contends the regulations “discriminate impermissibly against certain female athletes on the basis of natural physical characteristics, and/or sex”.

“The regulations, and their implementation, constitute an infringement of the right of the affected female athletes to a private life, which includes the right to the protection of a person’s physical, moral and psychological integrity, as well as the right to choose or to exercise personal autonomy. These are inviolable human rights.

“The regulations are disproportionate in the context of: (a) the fact that they discriminate on the basis of a natural physical characteristic and/or sex; (b) violate fundamental human rights of affected athletes.”

Caster Semenya to challenge #IAAF testosterone rule in court
“I am very upset that I have been
pushed into the public spot light again. I don’t like talking about this new rule. “I just want to run naturally, the way I was born” #Athletics #SouthAfrica
https://t.co/IMExI6A1cB

Where is Athletics South Africa??? https://t.co/8lHhBR7qGf