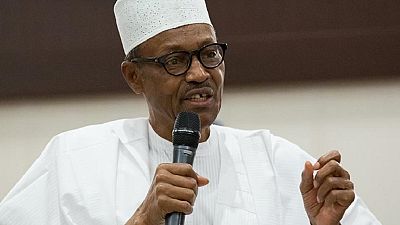 Semi-nomadic herdsmen armed with guns killed 16 people on Tuesday in an attack on a church congregation in a central state of Nigeria plagued by communal violence, police said.

Hundreds of people have died in clashes this year between herders and farmers in central Nigeria in an outbreak of violence that has put pressure on President Muhammadu Buhari less than a year before an election he wants to contest.

The bloody clashes, linked to grazing rights and dwindling fertile land, have raised questions about the government’s ability to maintain security in the country.

Violating a place of worship, killing priests and worshippers is not only vile, evil and satanic, it is clearly calculated to stoke up religious conflict and plunge our communities into endless bloodletting.

Herdsmen involved in the communal violence are mainly Muslims from the Fulani ethnic group, while members of the settled farming communities are mostly Christian. Attacks have been carried out by both sides.

Some 73 people were killed in central states, known as the “Middle Belt”, in the first few days of 2018, prompting a high – profile mass burial in Benue state’s capital, Makurdi.

Critics of Buhari, a Muslim who is Fulani, have accused him of failing to crack down on herdsmen because they are from the same ethnic group, an accusation his administration has repeatedly denied.

The latest killings were described as “heinous” by Buhari, a 75-year-old former military ruler who vowed to improve security when he took office in May 2015.

“Violating a place of worship, killing priests and worshippers is not only vile, evil and satanic, it is clearly calculated to stoke up religious conflict and plunge our communities into endless bloodletting,” he said in a statement.

I want to assure the people of Benue, and all Nigerians, that we will ensure that the assailants are apprehended and brought to justice for this vile and sacrilegious act.

Buhari declared earlier this month he would seek a second term. His candidacy depends on party approval, which is widely seen as a formality.

The Middle Belt region includes a number of swing states that could play a significant role in determining Buhari’s electoral prospects.