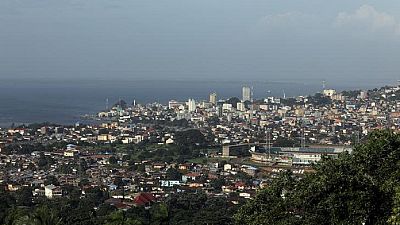 Sierra Leone’s parliament has been paralysed by a political gridlock as the ruling Sierra Leone People’s Party (SLPP) and the opposition All People’s Congress (APC) attempt to outsmart each other in the quest to secure the powerful position of house speaker.

Members of parliament were to be sworn in today and conduct the election of a speaker and deputy speaker as the first order of business.

A string of rulings on Monday jeopardised the participation of 14 opposition legislators in today’s crucial vote.

The opposition APC has the majority seats in parliament with 68, while SLPP has 49 seats while other parties have 12 seats. The parliament also has 14 paramount chiefs who are high ranking traditional rulers.

Tensions between the ruling SLPP and the opposition have been simmering since the announcement of the results of the March 31 presidential runoff.

Supporters of APC in Kenema,Makeni and Freetown fled their homes accusing their SLPP colleagues of meting out violence following the election victory.

Officials of the previous APC led government complained of harassment as the new government sought to repossess government vehicles, even as they traded accusations over how many vehicles had actually been accounted for.

Church elders have been leading a mediation process between the two parties and their leaders, in the wake of post election violence.

Bio has called on his rival to drop the legal challenge to the election outcome, saying he doesn’t see any reason why the two, who have previously worked together, can’t put aside their differences and work in the new SLPP government.

While the leader of government business in parliament, Sidi Tunis, announced that today’s session had been postponed to Wednesday, Umaru Fofana, a freelance journalist that strings for BBC and Reuters posted on social media that the clerk of parliament had asked legislators to wait for a presidential proclamation before taking leave of the house.

Many in Sierra Leone continue to hope for a smooth transition, after enduring a civil war in the 1990s, fueled by the diamond trade. Since then, its economy has been crippled by the Ebola epidemic in 2014 and 2015 and a recent slump in commodity prices.