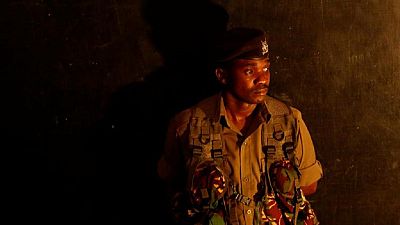 A Kenyan court sentenced a policeman to 15 years in prison on Thursday, after he was found guilty of killing a man in 2013 he suspected of stealing a mobile phone.

In a rare victory for the independent police watchdog (IPOA) that brought the case, Titus Musila was last month convicted of murder for shooting Kenneth Mwangi three times in the head instead of arresting him.

This should serve as a warning for unlawful use of firearms by police officers against the members of the public.

“This should serve as a warning for unlawful use of firearms by police officers against the members of the public,” High Court Justice James Wakiaga said while passing sentence.

The sentence, which Musila’s lawyer Cliff Ombeta told Reuters he would appeal, marks only the second time a policeman has been convicted and jailed as the result of an IPOA investigation.

The watchdog was established by the government in 2011, after police were blamed for the deaths of dozens of protesters in the violent aftermath of a disputed presidential election held in 2007.

Police were also accused of using excessive force against demonstrators following the 2017 election.

The watchdog, which is run by civilians, investigated Mwangi’s death after his relatives filed a complaint against the policeman.

In 2016, two officers were jailed for seven years after a 14-year-old girl was shot dead during a raid on a house in the coastal district of Kwale County in 2014.