The Deputy General Secretary of Ghana’s main opposition party, the National Democratic Congress (NDC) has been slapped with a treason charge, following his comments on a local radio station.

Koku Anyidoho was arrested at a press conference in Accra on Tuesday which was organized by a group of opposition parties protesting a Ghana-US defence cooperation agreement.

His arrest drew large crowds of party supporters and sympathizers who thronged the Police Headquarters in Accra on Tuesday, demanding his release.

Mr. Anyidoho while contributing to a talk show on Accra-based Happy FM, said “someone should tell Nana Addo ( the president) that history has a very interesting way of repeating itself.”

His comment was a reference to the 1972 military coup which saw the ouster of the Progress Party from power. Nana Akufo-Addo’s father Edward Akufo-Addo was then president of the country.

Mr. Anyidoho has since been held by the police who have denied him bail.

“Currently, he is under arrest based on the remarks that he made about history repeating itself and we just started the investigations,” said the Director General of the Criminal Investigations Department of the Ghana Police Service, Maame Yaa Tiwaah Addo-Danquah.

“Whatever the outcome, we will let the public now,” DCOP Addo-Danquah assured adding that Mr. Anyidoho will be taken through the normal procedure applicable to every suspect, “we will not bend them or amend them because of him,” she told reporters in Accra.

Speaking to Africanews Wednesday evening, lawyer for Koku Anyidoho, Victor Adawudu confirmed that his client had still not been granted bail.

“Today we were not getting access to him till 2 o’clock that we had access to him, the police took further statements and we asked that bail be granted to him. The police said they were in discussion and will grant the bail only this evening we get to know that they are not in position, so he’s still in custody,” Mr. Adawudu said.

With the stipulated 48 hours permitted by the constitution for suspects such as Mr. Anyidoho to be detained by security services expected around afternoon Thursday, his lawyer says they are still waiting for the next move from the police.

“The options they (police) have is that either they prepare him for court tomorrow or they will grant him bail,” Adawudu said adding that he and his team are not “naïve about the working of the law and the police”.

The NDC’s General Secretary, Johnson Asiedu Nketia who also spoke to Africanews shortly after visiting Koku Anyidoho together with the ex-president John Mahama, said his deputy was in “good spirits”.

He however described his continued detention as “intimidation by a desperate government” aimed at disrupting a planned march by opposition parties on Wednesday against the controversial defence agreement between Ghana and the US.

He served notice that more demonstrations are planned for after the easter celebrations “unless the president does the honourable thing of withdrawing this agreement”. 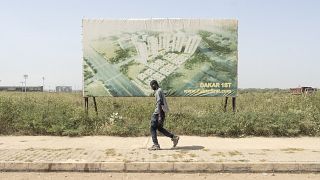