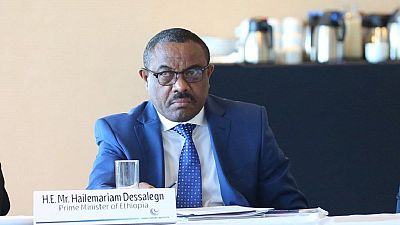 Ethiopia’s ruling coalition has accepted the resignation of Hailemariam Desalegn as Prime Minister of the country. He will, however, continue in the role till his successor is named.

A statement from the Ethiopian Embassy in the United Kingdom said the Ethiopia Peoples’ Revolutionary Democratic Front (EPRDF) was due to hold a Congress at which Desalegn’s successor will be named.

“The EPRDF, at its next congress, will democratically elect a new chairperson to replace him in accordance with the Front’s rules and procedures. The House of Peoples’ Representatives of Ethiopia will subsequently approve this election and endorse his premiership,” the statement said.

Desalegn’s was leader of the Southern Ethiopian People’s Democratic Movement (SEPDM), one of four parties in the EPRDF. He also stepped down from his position as its leader. He assumed the office of Prime Minister in 2012 after the death of then PM Meles Zenawi.

“I see my resignation as vital in the bid to carry out reforms that would lead to sustainable peace and democracy,” he said in a LIVE television address.

His resignation follows lingering violence that pressured the government to release more than 6,000 of political prisoners since January.

Most of the released prisoners, which included high level opposition figures and journalists, were detained for alleged involvement in the mass protests.

The prime minister had pushed for even more releases, said a regional analyst familiar with Ethiopian politics. He asked not to be named in order not to jeopardise his relationship with the government.