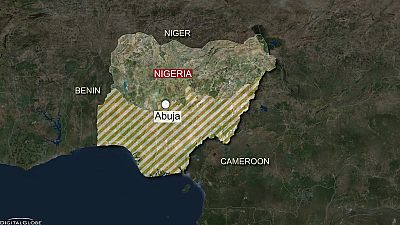 At least three people were confirmed killed while 15 others seriously were injured when yet to be identified gunmen struck and attacked a traditional gathering in Mai -Samari area of Mambilla ,Taraba state North Eastern Nigeria.

‘‘We were about to wind-up, some people had actually gone to sleep at about 1 am in the morning today Monday and then from nowhere over ten gunmen struck out and started shooting,’‘ said a fleeing resident who simplly identified himself as John.

We were about to wind-up, some people had actually gone to sleep at about 1 am in the morning today Monday and then from nowhere over ten gunmen struck out and started shooting

‘‘Instantly three people were killed and over ten rushed to hospital,’‘ he said.

Also corroborating the incident, another resident Micheal Ajasu said, ‘‘Last night there was another attack on us in Maisamari here in Sardauna Local Government by some gunmen.’‘

‘‘We all scampered and many run to other neighbouring villages and town for fear of uncertainty because even before now there was this insinuation of possible reprisal attack.’‘

The community here had been living in fear since an attack on Fulani communities that left up to a hundred people dead last year was blamed on the Mambila tribes.

The victims were all rushed to the general hospital in Gembu, where the injured received treatment in the emergency ward while the dead lwere taken to the mortuary. .
‘‘We are calling on the Government, and security operatives, to stand its ground and defend the citizenry.’‘

The acting chairman of Sardauna , Rev. Rev Godwill Sol confirmed the attack but denied that the killings could be related to family conflicts. He added that measures have been put in place to track down the assailants.

‘‘We are working tirelessly to get to the root cause of this attack,’‘ he assured.

Taraba State police spokesman, Assistant Superintendent of Police David Misal said that a security team has been deployed to the area.

‘‘We always call on people to be vigilant and report suspicious movements,’‘ the police spokesman added.

This incident comes in the wake of a particularly deadly week in Nigeria as up to 71 people were killed in clashes between Muslim cattle herders and Christian farmers in the state of Benue.

In the same week, 39 suspected Cameroon separatists were arrested in Nguroje, Taraba state.