Kenya: Kenyatta to be sworn-in as opposition prepares to hold rival rally 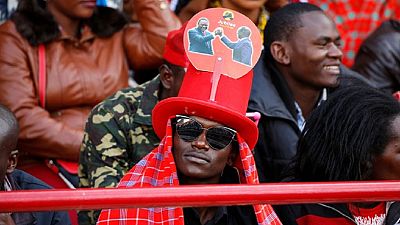 Kenyan security forces fired teargas to control crowds trying to force their way into a stadium for President Uhuru Kenyatta’s inauguration on Tuesday, as riot police sealed off an area where the opposition planned to hold a rival rally.

Kenyatta won a second five-year term on Oct. 26 in a repeat presidential election boycotted by opposition leader Raila Odinga, who said it would not be free and fair.

The Supreme Court nullified the first presidential election, in August, over irregularities.

The extended election season has divided Kenya, a Western ally in a volatile region, and blunted growth in East Africa’s richest economy.

Supporters of Kenyatta who won with 98 percent of the vote after Odinga’s boycott – are urging the opposition to engage in talks and move on.

“Our responsibility after the political competition is to come together and work to build the nation,” Kenyatta told a church service on Sunday.

Hours before the inauguration was due to start, 60,000 Kenyatta supporters, many clad in the red and yellow Jubilee party colours and carrying Kenyan flags, filled the stadium where the ceremony will take place.

Others, chafing at being kept outside, overwhelmed police and streamed in. Officers then fired teargas in a bid to control them.

“I’m sure Uhuru will be able to bring people together and unite them so we can all work for the country,” said Eunice Jerobon, a trader who travelled overnight from the Rift Valley town of Kapsabet for the inauguration, before the disturbance.

But Odinga supporters say such talk of unity is tantamount to surrender. They accuse the ruling party of stealing the election, rampant corruption, directing abuse by the security forces and neglecting vast swathes of the country, including Odinga’s heartland in the west.