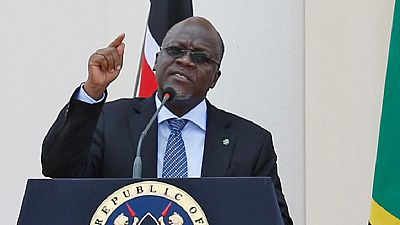 Their dismissal is, however, linked to a public event in the lakeside town of Bukoba where Magufuli had gone to launch a new airport. They were summoned to give figures on government allocations but failed.

A displeased Magufuli is quoted at saying, “You can’t talk to me like that,” after Dau said her failure to recall the figures was because of the scope of her job which included overseeing several departments.

Magufuli, nicknamed “the Bulldozer” for his infrastructure projects and leadership style, launched his reform drive after he was elected in late 2015, promising to transform an economy hobbled by red-tape and corruption and carry out a major building programme.

The former public works minister has previously fired thousands of civil servants over fake academic qualifications. He has also sacked top allies in his government as well as head of the country’s utility providers.

Even though he has won lots of praise for his crackdown on corruption, human and media rights activists have accused him of being autocratic with arrests on opposition figures and media outfits.

The president has rejected the claims insisting that the country respected democracy.