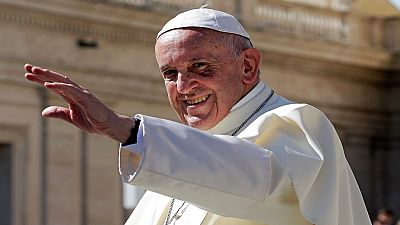 A section of conservative Catholic theologians are accusing Pope Francis of spreading heresy regarding marriage, moral life and the sacraments.

The Pope hasn’t yet responded to the 25-page letter that was addressed to him last month, with 62 signatories including theologians, priests and academics.

The official document provided to the Associated Press, talked of “filial correction” on his 2016 opening to divorced and civilly remarried Catholics.

There is a role for theologians and philosophers to explain to people the Church’s teaching, to correct misunderstandings.

They are criticizing the Pope’s 2016 document “The Joy of Love” and subsequent “acts, words and omissions.”

Without an immediate response from the Vatican, Joseph Shaw, a spokesman for the initiative to correct the Pope, signatory of the letter and senior research fellow in moral philosophy at Oxford University said, “there is a role for theologians and philosophers to explain to people the Church’s teaching, to correct misunderstandings.”

In chapter 2 of the book, Pope Francis talks of “the fear of loneliness and the desire for stability and fidelity exist side by side with a growing fear of entrapment in a relationship that could hamper the achievement of one’s personal goals.”

It sparked debate after its release in April 2016, cited to let civilly remarried Catholics receive Communion.

The Pope in the book also says, “the desire to marry and form a family remains vibrant, especially among young people, and this is an inspiration to the Church.”

The signatories are pushing with their correction on the basis that Pope John XXII in 1333 recanted errors after such a correction was issued.