Over 100 Eritreans deported by Sudan, others jailed: U.N. deeply concerned 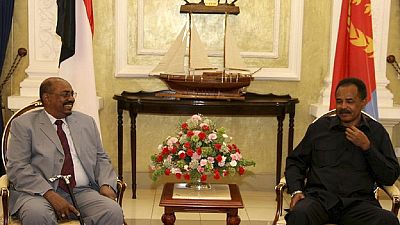 The United Nations refugee outfit (UNHCR) has expressed deep worry over recent deportations by Sudan of Eritrean nationals – who are either in its territory or on transit to Libya.

Media reports indicate that over 100 Eritreans have been deported in the last few weeks – some after serving jail terms and others immediately after court rulings.

The UNHCR’s point of concern according to a statement issued by a top official in Sudan was that the rights of these refugees were being violated under international laws.

The forcible return of refugees to their country of origin is a serious violation of international refugee law.

“The forcible return of refugees to their country of origin is a serious violation of international refugee law.

“They were deported on charges of illegal entry into Sudan, which is not supported under international refugee law… [These charges] are waived in the case of refugees,” deputy representative for Sudan Elizabeth Tan said.

The offence for which a number of them were jailed was for ‘illegally infiltrating Sudanese territory.’ The website of privately owned channel, Radio Dabanga said a total of 104 Eritreans were affected by the deportations of which there were 30 children involved.

Tensions have been high on border areas between the two neighbours. A recent United Kingdom travel advice asked Brits to avoid travel to areas on the borders with specific mention of Eritrean towns like Tesseney and Barentu all located in the country’s south-west.