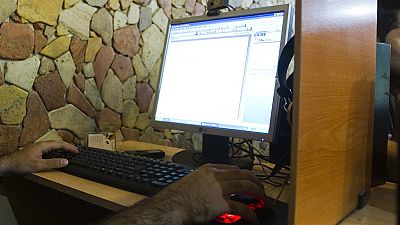 Egypt has blocked the website of Human Rights Watch just one day after the organization released a report on systematic torture in the country’s jails.

The report titled “We Do Unreasonable Things Here”, based on the accounts of 19 former detainees and the family of another, claimed Egyptian authorities used arbitrary arrests, enforced disappearances, and torture.

”Rather than address the torture crisis in Egypt, the authorities have blocked access to a report that documents what many Egyptians and others living there already know.”

Egypt’s foreign ministry lambasted the report in a statement on Wednesday, saying it defamed the country and ignored progress made on human rights in recent years.

“The report … is a new episode in a series of deliberate defamation by such organization, whose politicized agenda and biases are well known and reflect the interests of the entities and countries sponsoring it,” said Foreign Ministry spokesman Ahmed Abu Zeid.

Egypt first blocked access to a number of news websites including Al Jazeera and Huffington Post Arabic in May after similar actions by its Gulf allies Saudi Arabia and the United Arab Emirates.

But since, hundreds of other news sites and blogs have been wiped from Egyptian screens with the most recent count according to the Association for Freedom of Thought and Expression, a non-government organization tracking the affected sites through software that monitors outages, at 424.

Journalists see the campaign against them as a step toward banning all but the most state-aligned media, effectively reversing the private media boom that flourished in the final decade of former president Hosni Mubarak’s rule and which they say helped push him from power in 2011.

The government has offered no comment on the reason behind the blockages.