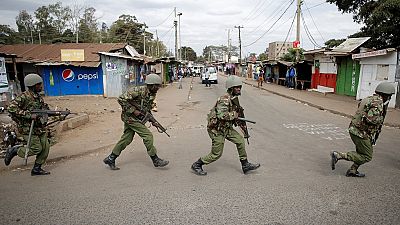 Kenyan police are not cooperating with investigations by a government-funded watchdog into violent deaths that followed last month’s election, two sources with direct knowledge of the probes said.

The head of the Independent Police Oversight Authority (IPOA) told Reuters in mid-August it was fast-tracking investigations of all deaths and injuries for which the police were alleged by rights groups to be responsible following the Aug. 8 national ballot.

Macharia Njeru had attended autopsies of a young girl and a baby and called the probes into those deaths “priority cases”.

But the sources told Reuters that police had to date not transferred any documents or evidence to IPOA, which is mandated to investigate cases reported by individuals or police or referred to them by human rights organizations.

“The big frustration of IPOA is that the police do not share information” critical to investigations into police misconduct, one of the sources said. “… (But) officers feel IPOA is there to harass them.”

The police are required by law to cooperate with the IPOA, which is civilian-run. A spokesman for the force, Charles Owino, did not respond to phone calls on Wednesday afternoon.

Protests broke out after the election board announced that incumbent President Uhuru Kenyatta had won by 1.4 million votes. Opposition leader Raila Odinga disputed the result and took his case to the Supreme Court, which on Friday scrapped the result and ordered a new poll within 60 days.

The state-funded Kenya National Commission on Human Rights says at least 28 people were killed in shootings in the days after the results were announced. It said it believes the killings were linked to the police.

Evidence relevant to the investigations could include documents such as police deployment plans and operational orders as well as internal reports into alleged misconduct by officers or units, one of the sources said.

An IPOA spokeswoman said the monitor did not discuss ongoing investigations with the media.

The authority became operational in 2012 and has so far secured the conviction of two police officers in a 2014 murder of a teenage girl in a coastal Kenyan town.

In its annual reports for 2014 to 2016, it listed “suspicion by the police”, delays in response to requests for information and lack of cooperation from some officers as factors impeding its operations.