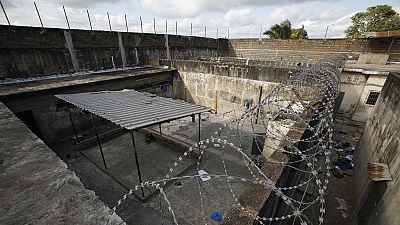 Close to 100 prisoners escaped from prison in central Ivory Coast on Sunday in one of many security breaches in the West African economic powerhouse this year, state radio said.

Ninety-six prisoners escaped from the Katiola facility at dawn while the gate was open temporarily to allow them to do chores in the vicinity, the radio station said. About 10 have since been recaptured.

The jail break follows a similar escape this month in the commercial capital Abidjan when 20 people fled after assaulting police officers in a court house. In other incidents, weapons were stolen and in one case an officer was killed.

It was not immediately clear if there had been any violence at Katiola, located about 400 km inland from the Atlantic coast. Government officials were not immediately available for comment.

A series of military mutinies this year has threatened to derail a fragile peace in Ivory Coast, the world’s leading cocoa producer, which emerged from a decade of turmoil and a 2011 civil war as one of the world’s fastest-growing economies.