Macron says France uncompromising in fight against jihadists in Mali 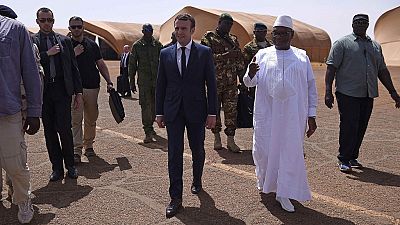 France will be uncompromising in its fight against militant Islamists in Mali and the Sahel region, President Emmanuel Macron said on Friday during his first visit outside Europe’s borders.

Speaking alongside Mali’s President Ibrahim Boubacar Keita at the Gao military base in the north of the country where some 1,600 troops are based, Macron also said France was determined to act for continued security in the region, and would seek to strengthen cooperation with France’s EU partner Germany to that end.

“Germany is very present in back-up operations,” he said. “I want to strengthen that partnership and make sure that this German commitment, which is already present, can be intensified.”

“Germany knows what is at stake here (and) is also part of Europe’s security and our future. Neither France nor Germany are isolated islands.”